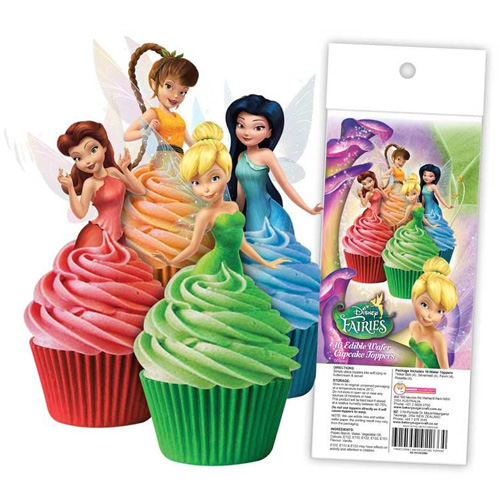 To use simply place the fairies cupcake toppers into soft icing or butter cream.

Note: Does not include baking cups. Do not use wet toppers directly as it will cause cupcake toppers to warp.